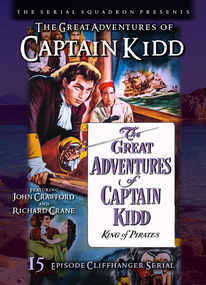 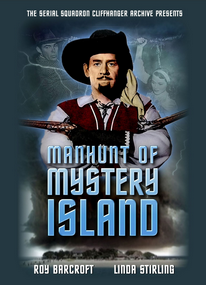 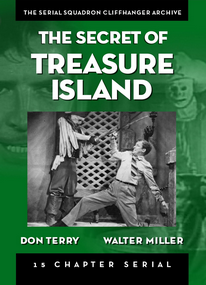 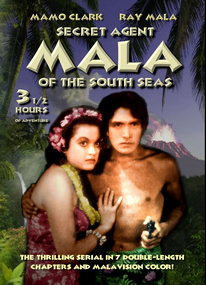 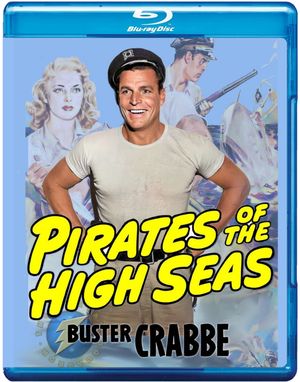 When South Seas captain Kelly Walsh's vessel is fired upon while in the harbor of Taluha, he seeks help from old shipmate Jeff Drake, skipper of the Ramble, berthed in San Pedro, California. By the time Drake puts out to sea, he has some unexpected passengers: Carol Walsh, Kelly's sister, Frederick Whitlock, owner of Taluha Island, and Castell, who reveals he is a former OSS operative looking for a Nazi war criminal. 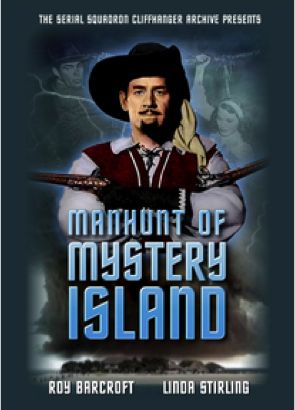 Claire Forrest asks private investigator Lance Reardon to help her find her kidnapped father. The inventor of the Radiatomic Power Transmitter is held prisoner on Mystery Island by one of its four owners, who conceals his identity by transforming himself into Captain Mephisto, a pirate ancestor. As the villain harasses Forrest into completing the device that will give her control of world industry, Lance and Claire follow Mephisto's trail throughout the island, while death narrows the number of suspects from four to two. 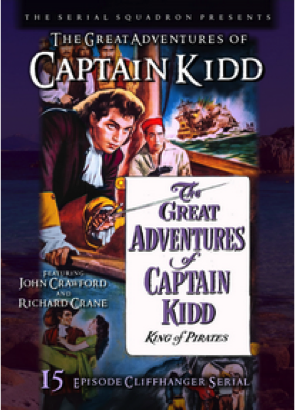 A 15 chapter cliffhanger actually set in the days of swashbucklers and privateers. Two men are charged with finding out whether the infamous Captain Kidd is a pirate hunter or whether he has turned pirate himself--and if he has, to capture him and bring him back to England for trial. This ambitious low-budget costume epic is unique and one of the most entertaining later American movie serials. It makes good use of existing seaworthy sets, costumes and stock footage. This transfer was donated to the Squadron and resolution is not perfect but the picture is very clean, stable and splice-free.

When they reach Treasure Island, Larry Kent, who is searching for a missing newspaperman, and Toni Morell, who has half of a treasure map, fall into the hands of Collins, an anything-but-rational master of a strange chateau haunted by a pirate’s ghost. Collins, aka “The Shark,” has the other half of the map and employs a gang of cowled diggers in his search for the treasure. He also has henchmen dressed as pirates, and several skilled "house guests" he has kidnapped for medical or scientific duties.


Mala, a U. S. Intelligence agent, is dispatched to Clipper Island to investigate sabotage that destroyed the airship San Francisco, and must overcome not only a spy ring (guided from a distance by the mysterious H. K.) but also the unscrupulous Komatoan high priest, Porotu, who is scheming to wrest power from the rightful monarch, Princess Melani. Ready to lend Mala a hand are a comic relief duo, MacGlaurie and Tupper (one a beachcomber, the other a novelist). Ray Mala was an Alaska-born Native American, one of the first to ever be featured as a hero in an action film.

Something valuable lies within the Louisiana swampland near Duval's Landing and two crooked factions want to take that land from its unknowing owners. Attorney Steve Langtry (son of one of the landowners) sets out to unravel the mystery, with the aid of another owner, riverboat captain Ethan Perrin, and his daughter Jenny.

A ship wrecks on an island where people encounter a fanged ape named Kong who guards a treasure cave.