COMICS/PULP-STYLE COSTUMED CHARACTER SERIALS
The Squadron offers the highest-quality available edition of THE SPIDER'S WEB,
created from a new Rank Cintel transfer of a rare 16mm print, and new editions of many
highly-regarded Republic serials from new 2k digital transfers, stabilized and fully restored.
THE FIGHTING DEVIL DOGS features the black-caped and helmeted villain "The Lightning,"
the inspiration for Darth Vader in STAR WARS.
ADVENTURES OF FRANK MERRIWELL featuring the once-popular dime novel character, is one of the highest-quality releases available from the Squadron or anyone else for that matter. 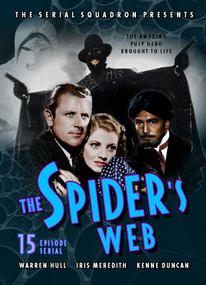 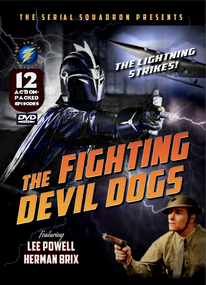 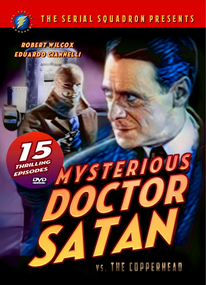 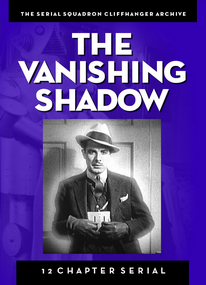 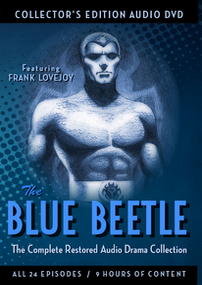 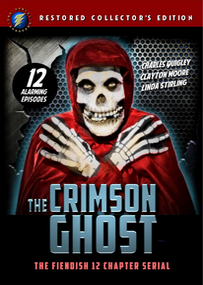 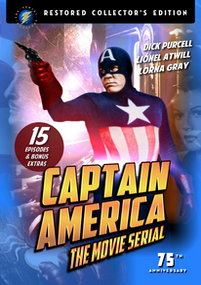 The mysterious white-robed Octopus raids one industry after another in a systematic grab for power. The Spider, a masked vigilante who looks upon the underworld as his own private shooting gallery, is feared by criminals and civilians alike. When these two powerful figures fight to destroy each other, the result is bloody mayhem. An exciting pulp story come to life, packed with non-stop action.
Influenced: All pulp-avenger-style serials and films which followed, including the Darkman series. The Spider was the first costumed pulp character to appear on a movie screen.

A serial killer known as “the Scarab” drives former members of an archaeological expedition to suicide using “purple death” poison. Relentless District Attorney Grant Gardner decides he’s going to go after the fiend dressed as a comic book character, gets ahold of a Captain America costume missing its shield and boots and he and his trusted secretary Gail Richards work hard to put a stop to the Scarab's seemingly never-ending crime spree related to his quest for Mayan treasure.

This new set is a remastering of the original Squadron-produced transfer with complete, corrected chapter openings and closings (all in the right place now), fully stabilized, with improved sharpness, audio, damage/artifact removal, picture clarity and motion. Audio is full-volume and sharper than before but not perfect because the original tracks required a lot of hiss and hum removal.

Transfer Quality: From two 16mm prints, very good quality, fully stabilized shot by shot, restored audio; this is a major upgrade from the transfer many have copied and even posted online by surviving members of Dr. Maldor's gang. If you want something better, and to order it from the people who did the work, this is it.

NOTES: This is not a "perfect" studio release. It is the best that can be done, however, with the available versions of the original, nicely stabilized and superior in quality to any other circulating version of the serial (most of which are just unauthorized copies of the Squadron's version from 2003!) It is best viewed on medium-size TVs, not really big ones. Check the quality in the sample video, and get the real thing, from those who did the restoration work.

Includes:
-- A mini-documentary about the character
-- The theatrical trailer

Stanley Stanfield seeks to right the wrongs done by corrupt businessman Wade Barnett to his father using a device created by local genius and robot-maker Professor Van Dorn which when strapped to his body can make him invisible but for his shadow. Barnett’s daughter joins Stanfield in opposing her conniving father and his gang. Full-quality restored edition, never before made available in DVD quality. This is the original high-quality first-generation transfer of this title.
Influenced: The Shadow radio series

Sweeping down upon the underworld to smash gangland comes a friend of the unfortunate, enemy of criminals, the mysterious all-powerful character who is a problem to the police, a crusader for law! In reality Dan Garrett, a rookie patrolman, loved by everyone but suspected by none of being . . . the Blue Beetle. As the Blue Beetle, he hides behind a strange mask and a suit of impenetrable blue chain armor, flexible as silk but stronger than steel!

Each episode is a complete story in itself; the originally 2-part stories have been conveniently presented as single half-hour format shows. BTW, we did the restoration work on these files which have since been copied by others; this disk is the original, not a copy.

Episode titles
1 Origin of the Blue Beetle/The Opium Gang
2 Sabotage and Liquidation
3 Murder for Profit
4 Blasting the Dynamite Gang
5 The Invisible Ghost
6 Death Rides on Horseback
7 Death Strikes from the East
8 The Sea Serpent
9 The Frame-up
10 Spirits Don't Talk
11 Thoroughbreds Always Come Through
12 Smashing the Arson Ring
13 Rounding Up the Payroll Bandits
14 Crime Incorporated
15 Saved By a Hair
16 Finesse in Diamonds
17 Sabotage Incorporated
18 Smashing the Restaurant Racket
19 Two Rackets in One
20 The Underworld Goes Underground
21 Dancing Ghost of Rocky Hill
22 The Whale of Pirates' Folly
23 The Asylum of Dr. Drear
24 The Jewel Mystery of Channel Island

The Gargoyle, an espionage giant with a machine that can see through walls, seeks to paralyze the United States by employing sinister technology. The Spider (Richard Wentworth, relying heavily upon his Blinky McQuade guise), infiltrates underworld society to bring down the mastermind’s unruly gang. This sequel to The Spider's Web was ordered to be less bloody than the original and includes some thrilling deathtraps and occasional zaniness with its over-the-top costumed villain. Finally we will be able to see this in an HQ transfer from an excellent quality print.

Status: Pushed forward in schedule -- The original print of this serial is scheduled for required cleaning and will be transferred when that process is complete.

"No wonder my plans never succeed. These wild parties must stop!" —The Gargoyle, The Spider Returns 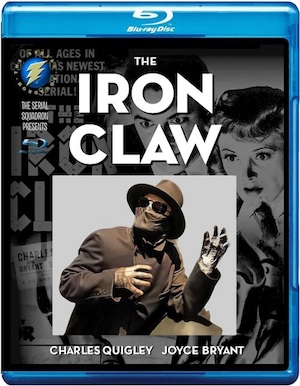 Reporter Bob Lane and photographer Jack "Flash" Strong investigate mysterious doings at the Anton Benson mansion after the murder of Anton's brother and discover that a gangster called Silk and his hoodlums would like the treasure that Anton is desperately trying to move to safer territory. Equally active in mischief is the Iron Claw himself, who thrives on sliding panels and elaborate lethal devices. Inspired by the silent-era Pearl White serial, this one is full of frantic action and danger.